4 Destinations You Would Have Avoided in the Past

Current events have led many people to believe that the world is a dangerous place. Of those affected by war, conflict, or legal tensions, there are very few countries that people would consider ideal vacation destinations. However, there are a number that have since reemerged as hotspots for the avid traveler due to changing times. Below are just a few to consider now that tensions have subsided, and their tourism industries are again beginning to flourish.

A country that was once on George W. Bush’s “Axis of Evil,” Iran is beginning to see a booming tourist industry thanks largely in part due to the Foreign and Commonwealth Office lifting its blanket ban on certain areas of the country in 2015. The heritage of the country is truly unique that most travelers should aim to experience. Rich with ruins, mosques, and a remarkable culture, Iran offers much to do for those looking to experience a more sound part of the middle east.

All too often do most people associate Colombia with drug wars and government conflicts. While this was a country riddled with such issues throughout the late 20th century, it has since calmed. Notable figures like Pablo Escobar and Carlos Lehder led a revolution against the Colombian government in their efforts to become the richest drug traders of all time, but the country’s war against them was too much. Now, Colombia revels as a thriving tourist destination with colonial architecture, visually stunning beaches, and bustling nightlife.

Between the years of 1975 and 1990, the Lebanese Civil War ravaged the entire country, dominating the world’s perception of Beirut, and Lebanon in general. Multiple attacks on government officials and tension in general has deterred most from visiting, but the city of Beirut is reclaiming its title as “The Paris of the Middle East.” Beaches, luxury hotels, and restaurants are easy to find in the city, and offer a relaxing getaway for couples.

In 1992, Bosnia and Herzegovina declared its independence from the country of Yugoslavia. This led to a series of attacks that resulted in nearly 100,000 fatalities, commonly referred to as the Bosnian Genocide, the effects of which have been felt for years. The early 2000’s would not have been a good time to visit, but now, over 20 years since the war, military involvement has dwindled. The capital of Sarajevo is a beautiful town flourishing with culture and history that is accommodating to travelers of all types. Tours around the country are offered as well for those seeking a guided experience.

Vacations for the Traveling Couple

Travel Hacks to Save You Money 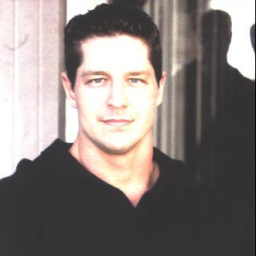